A survey for species of the genus Trichoderma occurring as endophytes of Coffea, and as mycoparasites of coffee rusts (Hemileia), was undertaken in Africa; concentrating on Cameroon and Ethiopia. Ninety-four isolates of Trichoderma were obtained during this study: 76 as endophytes of healthy leaves, stems and berries and, 18 directly from colonized rust pustules. A phylogenetic analysis of all isolates used a combination of three genes: translation elongation factor-1α (tef1), rpb2 and cal for selected isolates. GCPSR criteria were used for the recognition of species; supported by morphological and cultural characters. The results reveal a previously unrecorded diversity of Trichoderma species endophytic in both wild and cultivated Coffea, and mycoparasitic on Hemileia rusts. Sixteen species were delimited, including four novel taxa which are described herein: T. botryosum, T. caeruloviride, T. lentissimum and T. pseudopyramidale. Two of these new species, T. botryosum and T. pseudopyramidale, constituted over 60% of the total isolations, predominantly from wild C. arabica in Ethiopian cloud forest. In sharp contrast, not a single isolate of Trichoderma was obtained using the same isolation protocol during a survey of coffee in four Brazilian states, suggesting the existence of a ‘Trichoderma void’ in the endophyte mycobiota of coffee outside of Africa. The potential use of these African Trichoderma isolates in classical biological control, either as endophytic bodyguards-to protect coffee plants from Hemileia vastatrix, the fungus causing coffee leaf rust (CLR)-or to reduce its impact through mycoparasitism, is discussed, with reference to the on-going CLR crisis in Central America. 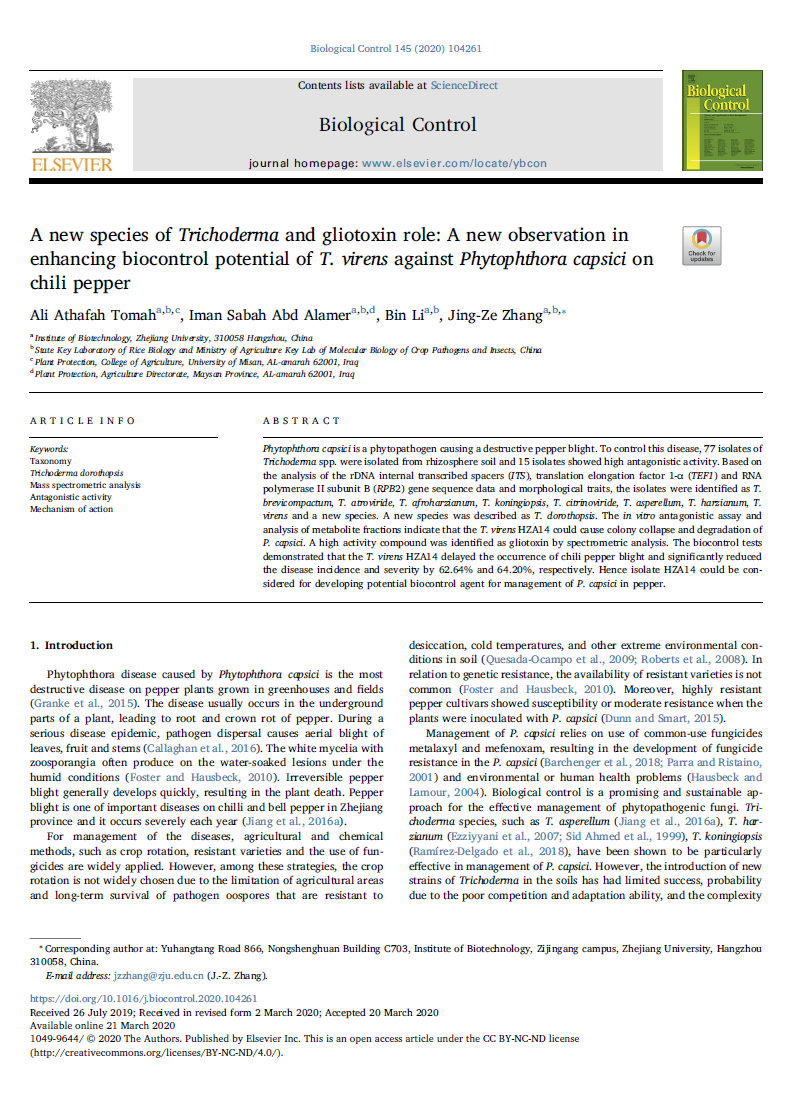 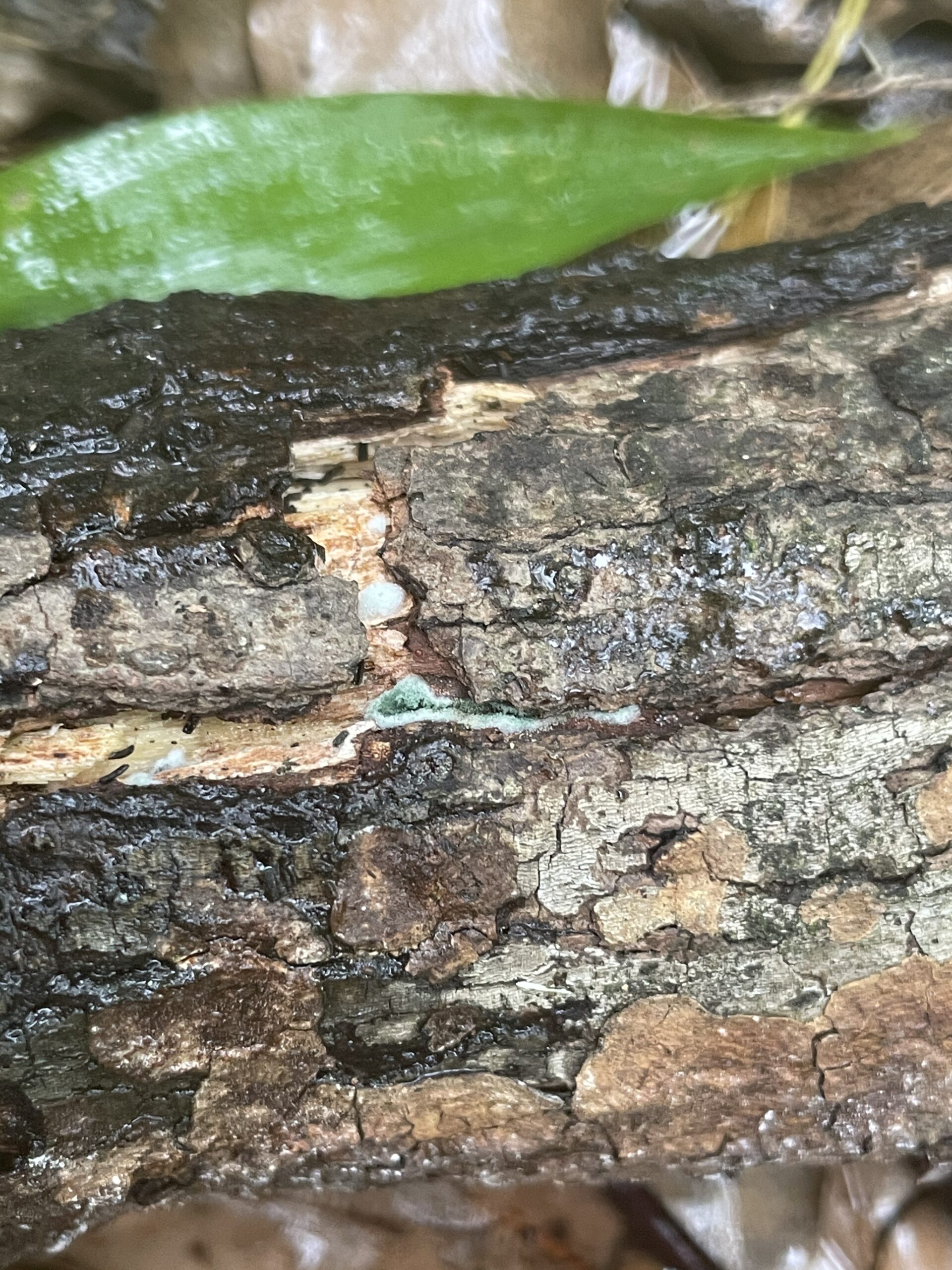 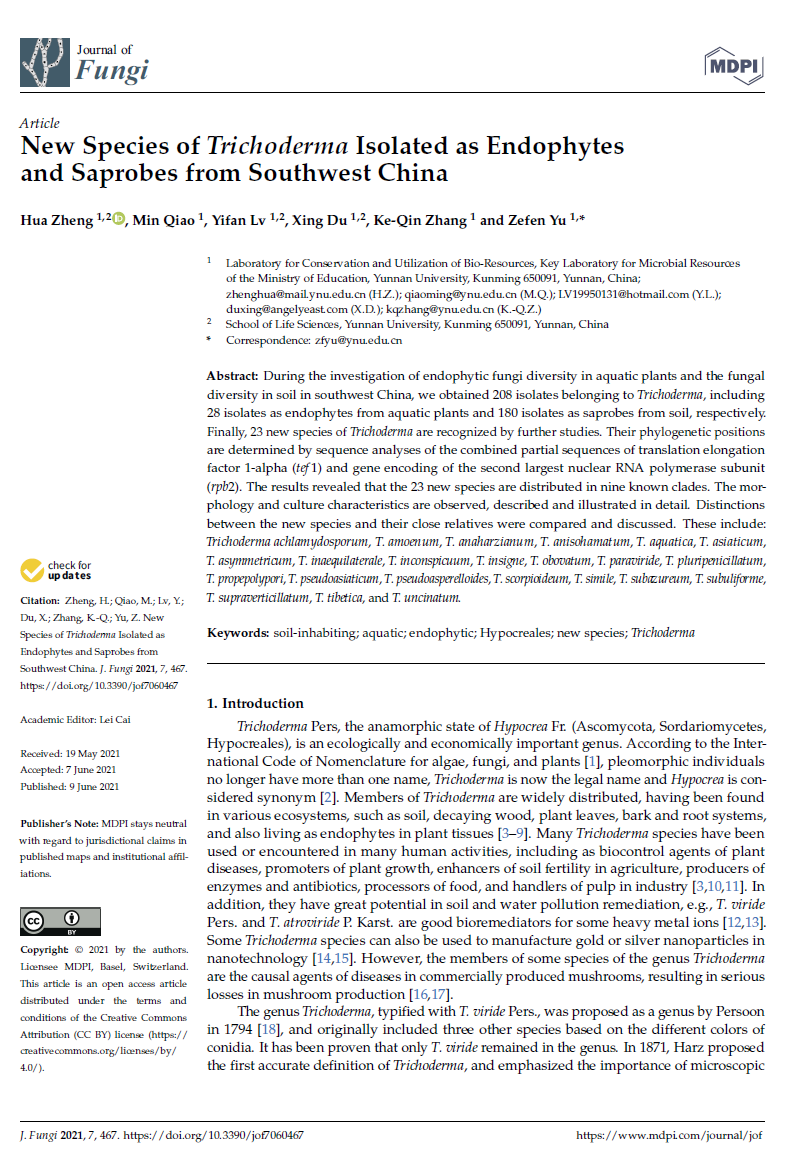